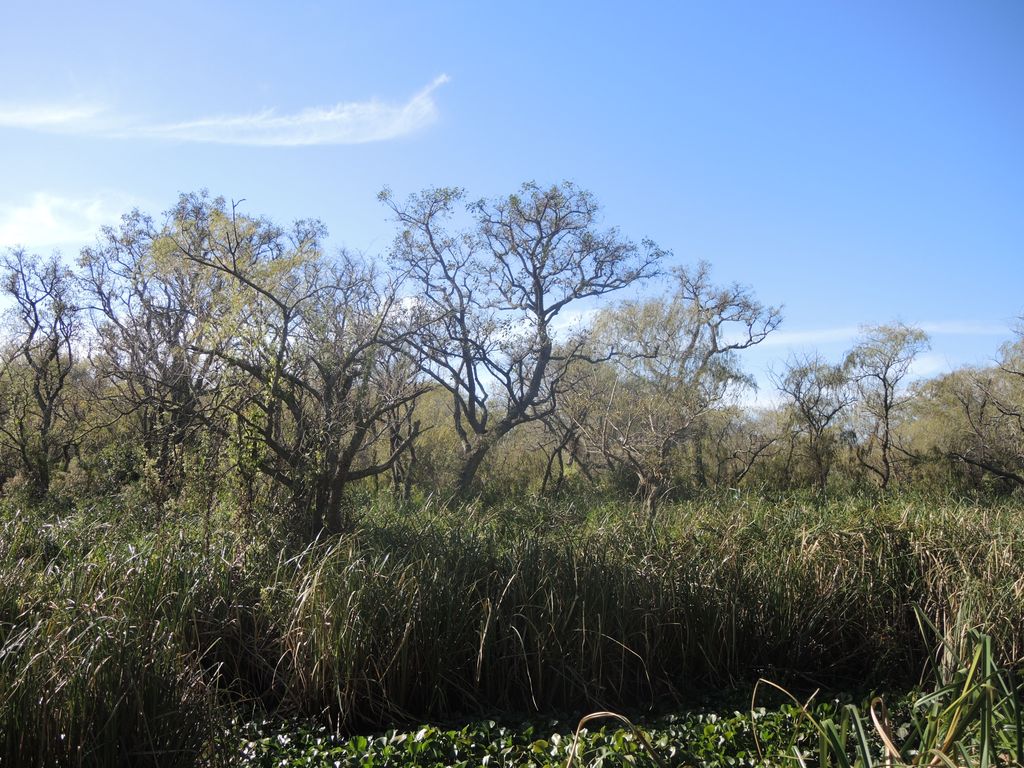 The Lower Paraná river delta presents a natural entity with unique biogeographical and ecological characteristics in Argentina. It brings together subtropical species from the Chaco and Paraná, as well as temperate ones from the Pampas and Mesopotamian plains. For this reason, a number of species considered native to the area, actually have spread from the north and northwest aided by the rivers Paraná and Uruguay, establishing in the delta with their most austral distribution limit. 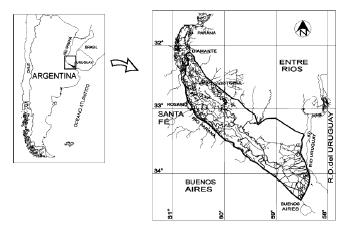 By the end of the 19th century the shores and the islands in the delta were still occupied by the natural forest vegetation, locally referred to as Monte Blanco with an important structural complexity and specific diversity stemming from the Paraná and Chaco forests including tree species such as the pindo palm (Syagrus romanzoffiana), mirto (Myrceugenia glaucescens), mataojo (Pouteria salicifolia), chal-chal (Allophylus edulis) and anacahuita (Blepharocalyx salicifolius) among others.

Threats to the Native Plant Diversity

However, the Río de la Plata delta is no longer a pristine ecosystem, and presents threats of varying degrees, affecting species composition and landscapes as well as cultural diversity. Threats stemming from the wider area upstream include alterations of the hydrological regime as a result of infrastructure and transport development and ever-growing agricultural expansion. More locally, perils relate to the modification of water courses and bodies as well as livestock grazing. Today, the Monte Blanco forest vegetation has almost completely disappeared from the islands in the lower delta of the Paraná River and only relict patches are remaining. Timber production (such as from Salicaceae) is a key activity, although decreasing due to the massive migration of settlers in the last 30 years. Once abandoned, new secondary forests have established dominated by exotic species (ligustrina – Ligustrum sinense; ligustrum – Ligustrum lucidum; arce – Acer negundo; amongst others) interspersed with native tree species, but with limited regeneration of the original Monte Blanco.

An Innovative Partnership to Assist Natural Regeneration in the Delta

A series of planting techniques are being trialled in pilot plots using different, native species compositions. Woody target taxa include Salix humboldtiana, Myrsine laetevirens, Blepharocalyx tweediei, Erythrina crista-galli, Nectandra angustifolia, Sapium haematospermum, Phyllanthus sellowianus, Tessaria integrifolia, Sesbania virgata, Sesbania punicea and Senna corymbosa. While these species are not threatened by extinction, they present vital, structural components to restore the habitats in the delta. These activities will be accompanied by the development and implementation of a series of public outreach activities within the reserve of Fundación de Historia Natural Félix de Azara as well as at Carlos Thays Botanic Garden.