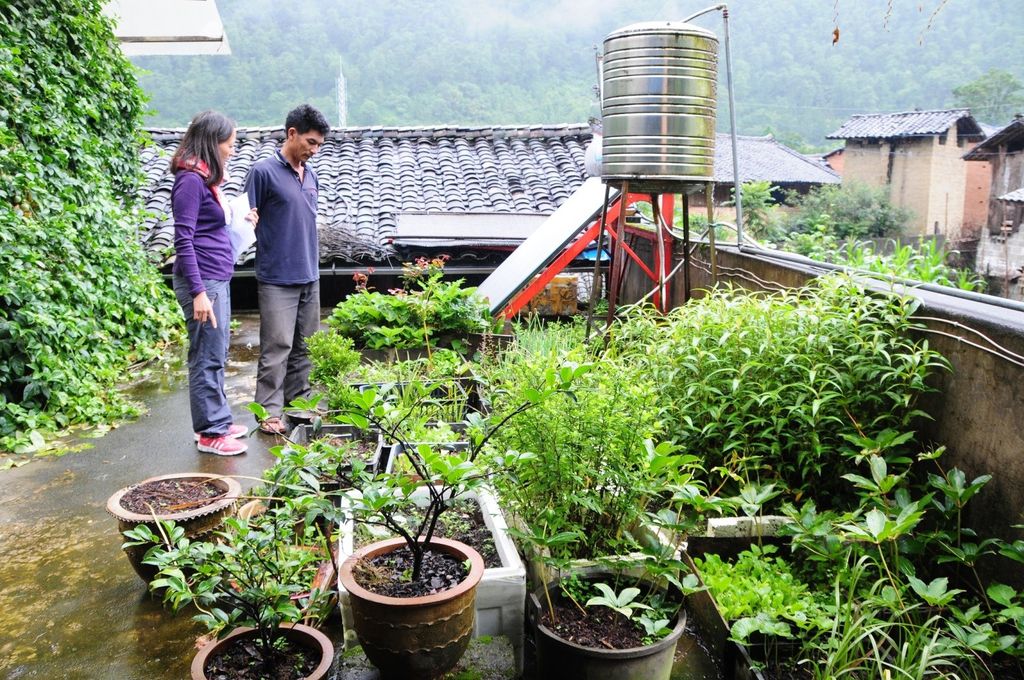 BGCI worked with local partners to develop and enhance home gardens in Tengchong county, Yunnan with native medicinal plants and vegetables, both for individual household use as well as for income generation.

This project has successfully promoted the use of native plant species in Dahetou village through the implementation of several complementary actions. Awareness of the ecological significance and economic potential of the regional forest’s native plant diversity was enhanced and documented in an ethnobotanical booklet which was widely distributed among the local community. While home gardening practices already include some 130 taxa with ornamental, medicinal and economic values, this project helped consolidate this practice through training workshops, competitions and the establishment of demonstration gardens. Strengthened horticultural expertise has also been utilised for restoration action. Over a thousand seedlings including M. doltsopa, M. insignis and M. cathcartii were planted on degraded communal land. Another key outcome of the project is newly established links between Dahetou villagers and farmers from other parts of Yunnan who have successfully cultivated socio-economic native plant species. This network has provided a platform for farmers to share propagation best practice which can be used to enhance the cultivation of native, socio-economically important plants in other parts of Tengchong county and beyond.