On 11 July 2020, the University of Ljubljana Botanical Garden celebrated its 210th anniversary. The garden was originally established by an enthusiast and visionary, Franc Hladnik, and since then the garden has continuously played an important role in education, horticulture, research and conservation. To mark the occasion of its opening in 1810, a Tilia tree, which still grows today, was planted by Marshal Auguste Marmont, the first Governor-General of the Illyrian Provinces. 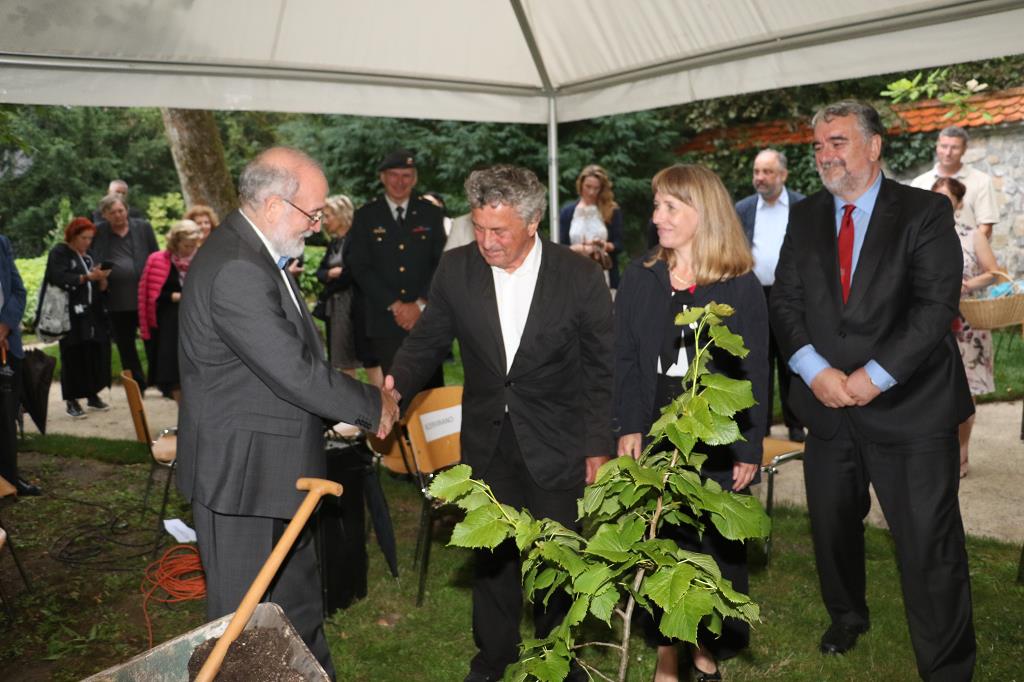 Along with the National and University Library, the Ljubljana Botanic Garden is recognised as the oldest running cultural and educational institution in Slovenian inhabited areas. After World War II, in 1946, the Garden was expanded to 2.35 hectares and the first glasshouse was built on its site. In 1991, the Ljubljana Botanic Garden was protected as a monument of landscaped nature at the municipal level and as such continues to exist as part of the city’s cultural heritage.

Today the Ljubljana Botanic Garden contains around 4,500 plant species from around the world, and its director, Dr. Joze Bavcon, leads many innovative actions in ex-situ/in-situ conservation and public outreach. The unique achievements of the Garden in conservation have been recognised by the botanical gardens´ community with Joze Bavcon being awarded the Marsh Christian award in 2016 and the garden itself achieving ‘botanic garden’ and ‘conservation practitioner’ accreditation by BGCI in recent years.

To mark the 210th anniversary, a new Tilia tree was planted in the garden and, in celebration of 10 years of the new glasshouse, and 65 years of the old one, a new book on tropical plants was dedicated to all of the former directors of the Garden and for all gardeners who have worked there over the past 210 years.

The celebrations were attended by the Dean and the Vice Rector of the University, and the European Botanic Garden Consortium and BGCI were represented by Prof. Michael Kiehn from the University of Vienna Botanical Garden.

A message from the BGCI Secretary General was read out, including:

“Your garden is the national botanical garden of Slovenia and, as such, is a national treasure in the same way that national museums or other cultural institutions form part of Slovenia’s identity. However, it is more than this. It is also a centre of excellence for addressing national and global challenges related to the loss of biodiversity, climate change, and the steps that humanity needs to take to live more sustainably. The role of the botanical garden has never been more important, and I encourage you all to give it the support it deserves in its third century. Congratulations again, and I wish I could have been with you to celebrate this important occasion.”

Are you a BGCI Member? Do you have a news announcement, event, or job posting that you would like to advertise? Complete the form at the link below!