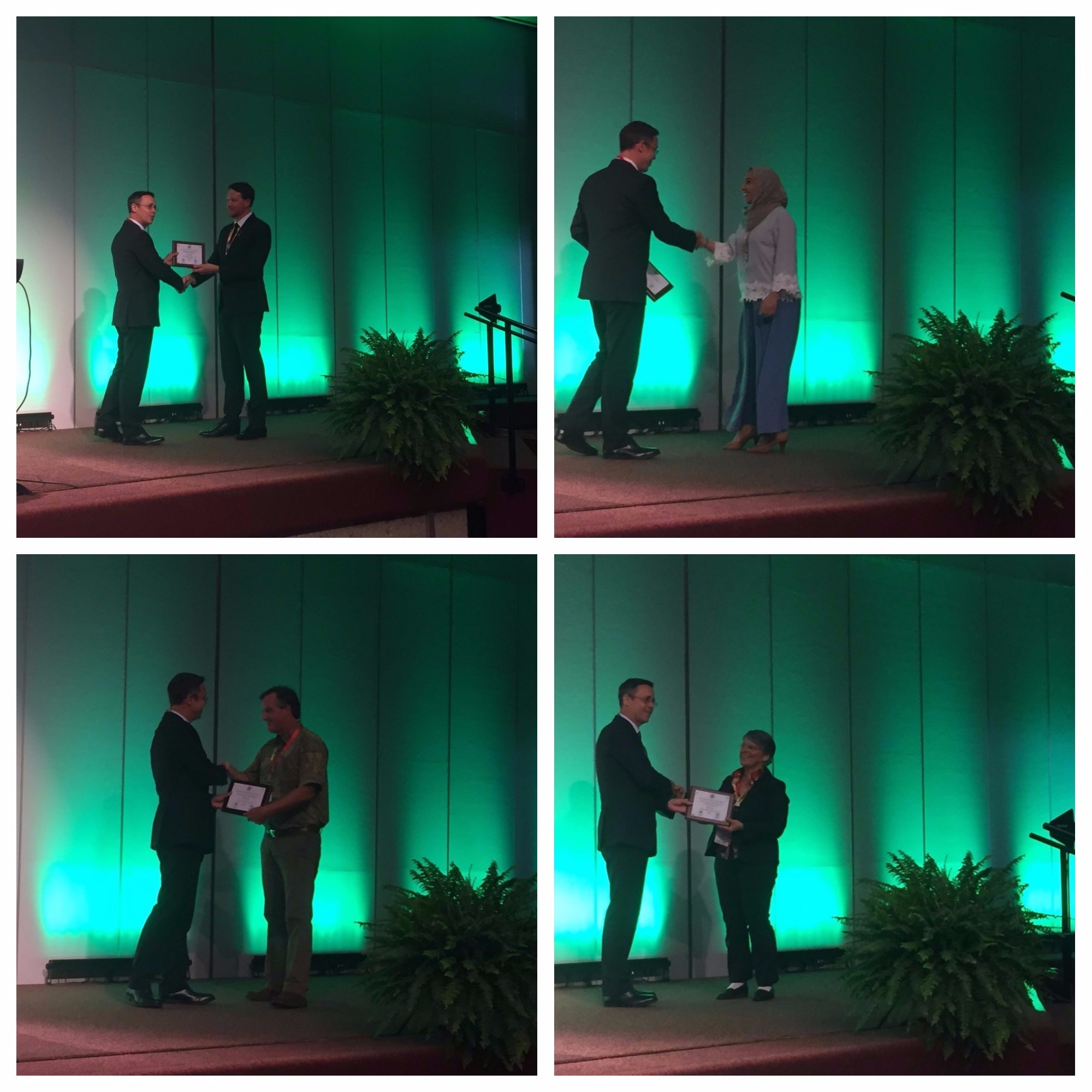 There were five categories including;

1. Made the greatest progress in seed conservation

Opened in 2013 the Australian PlantBank at the Royal Botanic Gardens, Mount Annan won the award for greatest progress in seed conservation. The seed bank has been open for four years and currently stores more than 50 per cent of NSW’s threatend flora as seed. The collection comprises of 5,300 Australian species and 10,400 collections in the seed vault. Conserving the unique Australian flora is a major focus at PlantBank, where the seeds of endangered plants are stored and researched as a safeguard to extinction

2. Conserved the greatest proportion of threatened species in their collection

The Rare Plant Conservation Program at Bok Tower Gardens maintains a National Collection of endangered plants and seeds from central and northern Florida. Seeds are either kept on site at Bok Tower Gardens or in long-term cryogenic storage at the National Center for Genetic Resource Preservation in Fort Collins, CO, with the goals of protecting these plants from extinction by preserving them directly through storage, serving as a resource to support research, and for providing plant material for population introduction and augmentation efforts. Bok Tower Gardens have the greatest proportion of endangered or threatened species in their seed bank. Indeed, 58 of the 60 species in the seed collection, which consists of over 3.3 million seeds and includes species from 28 plant families, fall into a protected category. Of the species in collection, 28 are on the Federal Endangered Species List and 23 are on the Florida Endangered Species List. Another seven are listed as threatened at the state and/or federal level. The conservation work continues as they are about to add over 10,000 seeds of Ziziphus celata, one of Florida’s rarest plants, to the collection.

3. Conserved the most useful species

Oman Botanic Garden have collected and banked Aloe dhufarensis, a near endemic, restricted in its distribution to the drier areas in Dhofar, southern Oman. It is found on the high plateau at 1200 m on Jabal Qamar and it does not extend into wetter woodland communities. To the east it also occurs at low altitudes in gravelly wadis and slopes. It is Vulnerable (VU B1b (ii,iii)) because it is under threat from development and road construction. Even small-scale disturbance of habitat or collecting of this attractive succulent threaten the long term survival of these fragile populations. Some populations only show adult individuals with no active regeneration. Urgent survey work is recommended to determine population estimates and identify conservation measures. The OBG seed back collection of this taxa bank currently holds four accessions containing a total of 134,000 seeds. It is the only ex situ collection of its kind and is therefore critically important to short, medium and long-term conservation programs. Aloe dhufarensis is one of the most important and versatile medicinal plants in Dhofar, used for variety of different medicinal conditions from eye, skin and digestive aliments. The juice extracted from the fleshy leaves was and continues to be an important element of traditional medicine practiced by the Jibali communities – indigenous people of southern Oman.

4. Conserved the most difficult species to collect

Conservatoire et Jardin botaniques de la Ville de Genève have conserved Typha minima, a species with very shortlived seeds. Most seeds germinate before winter or die during winter if not germinated. As a result, the seeds have the reputation of being unable to be used for conservation. Only rhizomes are used for ex situ cultivation, which is not favorable for conserving the genetic variability of this species. By performing harvest techniques and post storage germination tests, we could prove that it is possible to collect and store Typha minima seeds in a conventional seed bank and use them for cultivation or reintroduction. The method involved using a drying cabinet in the field to dry seeds immediately after harvest. The success of germination tests is bad without this condition. T. minima produce thousands of seeds and we collect a great quantity of seeds as they lose viability more rapidly than other seeds (18% loss after 4,5 year in the freezer).

5. Conserved the most threatened species

Harold. L. Lyon Arboretum’s Seed Conservation Laboratory (LASCL), of the Hawaiian Rare Plant Program, banks the rarest of the rare. Over 400 native Hawaiian plant taxa are federally endangered, and 238 taxa have less than 50 individuals remaining in the wild, the latter being managed by the Hawai‘i Plant Extinction Prevention Program (PEPP; one of LASCL’s primary partners). We bank seeds of 340 taxa that fall into one or both categories. Silene perlmanii, which is an endemic species in the Caryophyllaceae family, named after one of Hawai‘i’s renowned botanists, Steve Perlman, who discovered it in 1987. It is Extinct in the Wild, last observed in 1997, and previously known only from a small population of less than 20 plants on a single cliff face in the southern Wai‘anae Mountains of O‘ahu. Like most Hawaiian ecosystems, S. perlmanii habitat experiences ongoing threats due to impacts of invasive species and climate change. Luckily, fruits and cuttings were collected from the population before the species went extinct, and these were propagated by the Nature Conservancy of Hawai‘i and the Pahole Rare Plant Facility (State of Hawai‘i Division of Forestry and Wildlife; another primary partner of LASCL).

The resulting ex situ nursery plants produced fruit and seeds, which were further propagated and stored. We have banked 63 accessions of S. perlmanii seeds from 2008-2016, for a total of over 44,000 seeds. Over 2,300 have been sown at LASCL for viability testing and propagation for restoration, and 800 were withdrawn for nursery propagation. Despite the limited genetic diversity of these collections, seed viability and seedling survival have generally been quite high. We have provided hundreds of plants to our partners at PEPP who have worked hard to establish three protected and managed reintroduction sites on O‘ahu. All three sites have had some degree of success, but at the smallest outplanted site, which is closest to where the wild plants existed, some regeneration is being observed! Regeneration is difficult to achieve with such rare plants, so we are all very excited about this. While the restoration efforts have been successful so far, there are still less than 200 plants in the ground for this extremely rare species. It is ranked at the highest level of threat as Critically Endangered on the IUCN Red List. Lyon Arboretum is committed to the continued conservation of Silene perlmanii (and many others) through seed banking and collaboration.